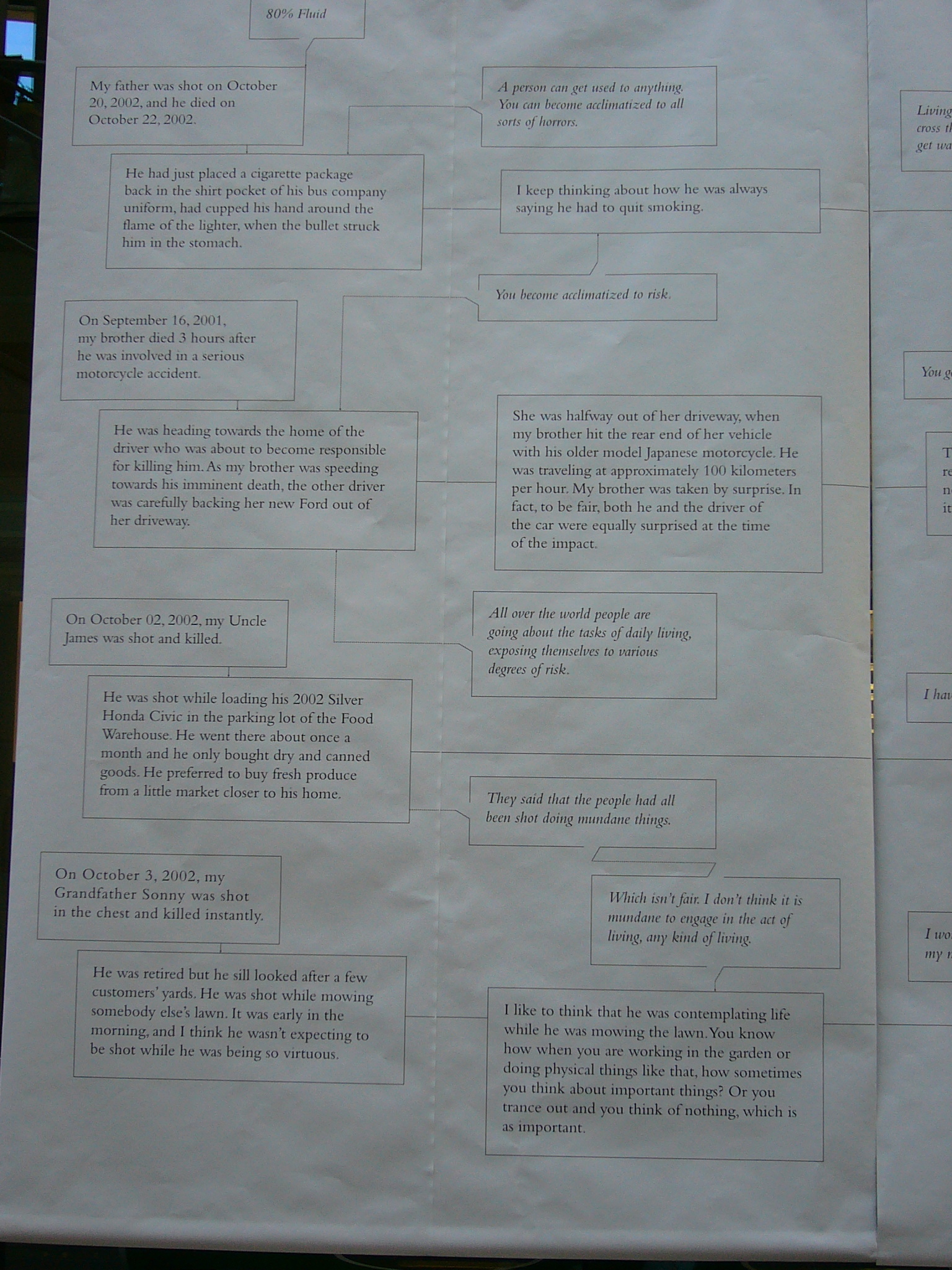 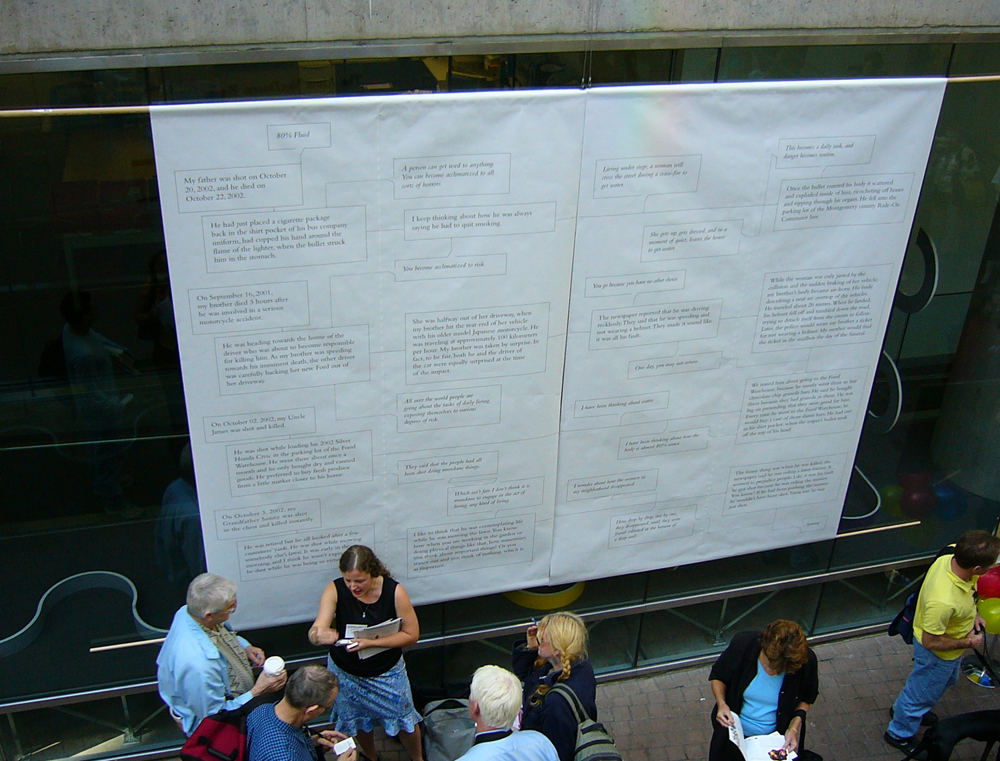 KRS Grief Ranking System also known as (Sniper) is a large text installation that has been exhibited in the Vancouver Public Library in September 2006 and Core Artist Gallery in September 2007. The text examines the how media portrays victims of violence. The work contrasts the media reports of the Beltway Sniper shootings in 2002, with the reporting on the disappeared women in the Downtown Eastside.

The text installation was typeset by designer and typographer Katie Webster who helped to transform the text from the page to a 12 foot by 12 foot poster. “Sniper” was previously published in FRONT Magazine and a limited edition print of the book is in the Projet Mobilivre Bookmobile collection 2004.