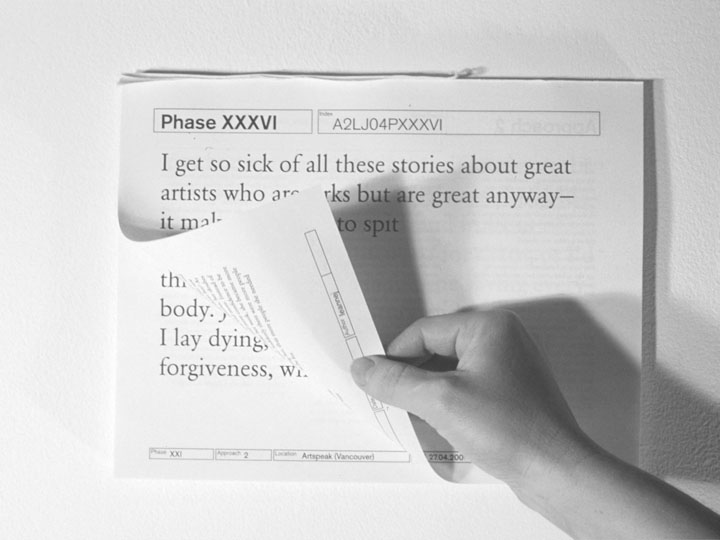 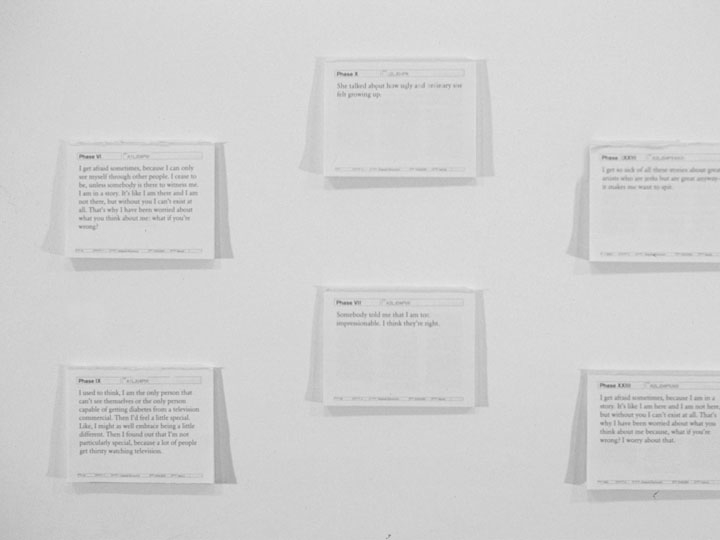 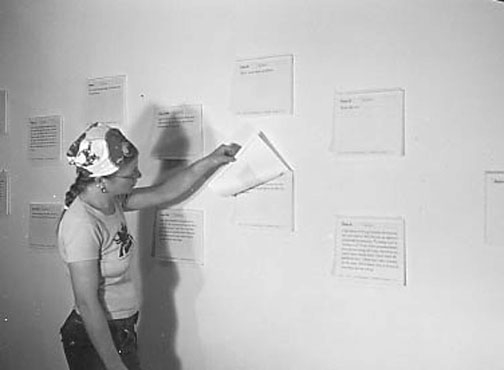 ROGER FARR, NEIL HENNESSY, REG JOHANSON, RYAN KNIGHTON, JASON LE HEUP, LEANNEJ, CHRIS TURNBULL?
April 28–June 2, 2001
This exhibition proposed a consideration of the gallery space as a reading room, allowing visitors to loiter long enough to engage with work that breaks apart the distinctions between writing, visual art and technological applications. Ryan Knighton’s poetic practice, for example, uses his JAWS voice computer program designed to accommodate his visual impairment as part of the method and content of his work. For SIFT, Knighton’s work will be installed at a computer station, opening up the elaborate process of his practice in an interactive fashion. In addition, materials and publications from Pulley Press will be selected in a curatorial collaboration with Jason LeHeup. His transgressions of the parameters of arcade games have resulted in a series of portraits of the children he would produce should he mate with his male cohorts and this photographic evidence will be included in the exhibition. leannej constructs stories that are diagrams, leading the reader/viewer through a labyrinth of conditional outcomes. Previously installed as magazine inserts, these works are reproduced as works on the gallery walls.